It's all about Monday

So, I have recovered from my vacation and have managed to ruin all the good sleep I got last week. However, I knew that was coming at some point. While I was escaping I did do some thinking about work and stuff and realized there is nothing wrong with taking a little more "time" for myself during the days since my schedule moves very, very quickly. So I have gained new insight into the world while I was away.
Myself, Blue, and Beepy McBeeperson, escaped to San Francisco for a week and it was a really good time. I went to the movies on rainy days. I hate rain, it followed me back here, jerk. On the second rainy day, I went to the Academy of Science or something like that. It was cool, they had an indoor rainforest type thing. I was attacked by butterflies since I am so sweet.... Get it??? Haha, sorry where was I? They had a planetarium, I was kinda disappointed though, when you say planetarium, I think of things like seeing stars and galaxies and stuff, they showed a movie on life and stuff, barely any stars and galaxies (fail), but it was part of the admission. They had an aquarium too. And, ANd, AND, PENGUINS!!!!! I know people of the DOC are all about Unicorns and stuff, but well PENGUINS!!! 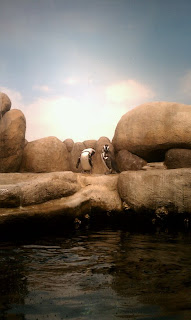 I could flood this entire Blog with my penguin photos, but well that is just mean for those who share my love and did not see the penguins. I musta watched them for an hour or so. SWEET.
Wednesday, I continued my sleep and tourist routine and wandered to Fisherman's Wharf, which was pretty cool. I went to Ghiradelli Square. Ate some chocolate, sorry.... I took a picture and sent it to C, I would have sent it to Kimface too, but I don't have her number. 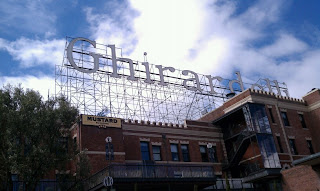 My other friend Jeanette who is also a person with diabetes got this picture as well. I told them it made them think of them and also my pump saw me looking and screamed "NOOOOOOOOOOOO!!!!!!" We survived though with minimum damage to my reserves of insulin on board. Wooo.
Thursday, I traveled again. Went to Alcatraz and burned the $h1+ our of my face. Oh well. My own personal prison or something like that. I was not a huge fan of the Island. I mean don't get me wrong it was nice, but not my thing. 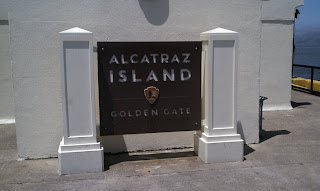 But hey all is fun on vacation.
I came home on Friday which was good, my trip was fun and worth it, but my wallet can only take so much damage. My return trip started off the same in the airport, with my customary pat down. It was all good, I mean I wish the Dexcom did not set things off and all but oh well. I just endure. I mean while I am not a fan of the pat down, both to and from San Francisco, the people were very nice and polite. Almost apologetic, that the pump or Dexcom set things off. I mean it happens, whatever. I am just glad to be home and back to my normal desire of not wanting to work!! 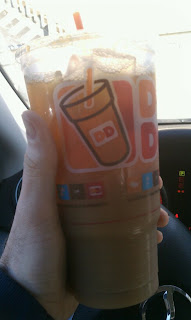 Oh and when I came back I did have one more treat in store for myself. Large Coconut Iced Coffee with Skim Milk. I so missed my Dunkin. Did you know there are no Dunkin Donuts out West in some areas?? That is a sin in my eyes. The other coffees just don't do it for me.
So that was my trip in a nutshell. Sorry there be no pictures of me and the fun I had, but well I was my own traveling companion and both Blue and Beepy refused to take pictures of me. Double Jerks!!!
Posted by Quinn at 11:04 AM